I don’t normally write about money, especially tight times.  I want to hold those stories for later when money is no longer an issue so that the stories can be shared without them coming across as a plea for donations!  But it’s important for God’s kids to be reminded that God’s in charge of finances, too.  I also wanted to write this now because it’s fresh in my mind, and if I waited until we had some ‘free time’ on the mission field to recall some of the challenging times, I might not get them right.

I’ve said before that we’ve not been around missionaries throughout our lives, and have only now getting to know a few since we’ve started to become missionaries ourselves.  We’ve read and read, and the one of the things that is consistent among missionaries that are leading souls to Christ is that they are not focused on ‘things’ and personal wealth.  Many whose stories I’ve read have told those considering a life of missions to expect a life of poverty.  As we’ve been clearing out our lives getting ready to ‘downsize’ from a house to an RV for the duration of deputation, we’ve given away so many things that just a year ago we couldn’t have imagined not having (as well as a few things that should’ve been gotten rid of years ago!).

That said, we’re not in any way trying to admonish Christians with wealth!  God’s used others in wonderful ways over the years to help us and others in need, and He also uses those with almost nothing that we’ve seen selflessly help others that had even less.  God doesn’t care how much you have, He cares that you focus on Him, Love Him, and use what you have to further the expansion of His family.

Another reason I wanted to write this now is the same reason that we started this site at the very beginning of the process:  to document as much as possible for our own sakes and to get the information out there for others embarking (or considering to embark) on a similar journey, as well as to keep family/friends/supporters ‘in the loop’ as they’re praying for God’s working in our lives and service.

Doing contract work can make for an irregular pay schedule.  Add to that working for a guy (“R“) that’s way too busy, overwhelmed, and fired his office manager a few weeks ago.  It also doesn’t help that we’re putting as much into the house as possible so we can put it up for sale at the end of the month, leaving ourselves little margin for deviating pay schedules!

While I’m writing this part of the post (I’ll publish it after writing a final paragraph!), money’s tight.  (Can something that doesn’t exist be labeled “tight”?)  We should’ve been paid last Friday but it hasn’t happened, yet.  Today’s just Sunday, but since we’re running the budget tight, every day late feels like a month! 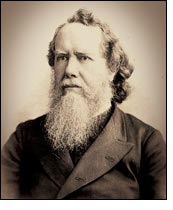 As payday was approaching, I’d been reading Hudson Taylor’s A Retrospect, and he’s talking faith, fully depending on God for his provision.  Friday night (while hoping for a text about where to meet to pick up a check) I read about a time when Taylor was due some pay, but his boss had forgotten to pay him.  Taylor trusted God.  Even when he had the opportunity, he didn’t remind his boss that he needed paid.

Earlier in the day on payday, I had texted R to make sure he had the right phone number (there had been changes), no response.  I started to send him another text at the end of the day to remind him, but deleted it, trusting God could handle it.  The first text was a little lapse in faith, I’ll admit.  I’ll also admit that my faith falls far short of that of Hudson Taylor.

I even typed out a text to a friend who works for R — just a general text that would have prompted the friend to talk to R to remind him to pay me.  I know God can handle it, but he uses people to accomplish His will, right?  Well, I deleted the text without sending.  If we’re gonna trust, we’ve gotta trust.

Saturday night, still no word.  I went to tuck Olie into bed, and she handed me a little devotional book, called “God’s Little Princess Devotional Bible”.  I was 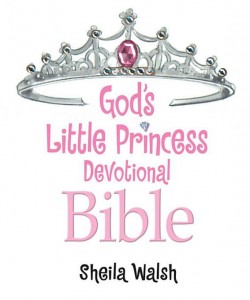 embarrassed to take the book from her, with it’s title and tiara on the cover with a little plastic “diamond” glued to the front.

I swallowed my pride and took the book, flipped through to a random devotional and read it to her.  My embarrassment waned when I read, “God wants us to trust him to meet our needs.  If we really believe God will provide what is best for us, then we are freed to share what we have with others in need.”

I finished tucking and left to have a time of Princess Devotions with myself.

Sometimes God uses the words of a missionary to China that died in 1905, sometimes He speaks through your 6-year old’s Little Princess Devotions book.  In truly desperate times, when God’s having trouble getting your attention, He may have to use both!

[It’s 1:15 Sunday afternoon.  Gonna save this as draft until God finishes this episode.]

Here’s the final paragraph:  I told someone  last week that I have faith that God can do absolutely anything.  I know there are no limits to what God can do.  Where my faith is lacking is believing what God will do.  It was Monday afternoon, 24 hours after writing the above, that the situation was resolved.

OK, maybe a couple more final paragraphs… I’m no Hudson Taylor, nor would I compare myself to any of the missionaries in the past or present that are exhibiting great faith.  I was a little surprised to see God work this one out as not much more than the natural flow of things, but since He created “natural flow”, it’s all Him!

As a Dad, it adds an entirely new dynamic to trusting God for the day-to-day, since both my struggles and my victories are shared by all of us.  Compared to what they could be, our ‘struggles’ have been pretty tame.  Please pray that the victories won’t go unnoticed!