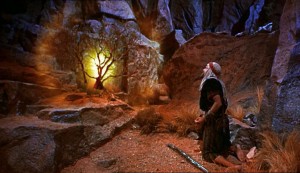 I’ve never been a big “vision” person, as in actual appears-before-your-eyes or in-a-dream manifestation of something from the Lord.  I know God can do anything, and there’s plenty in scripture to support such things, and nothing (that I can find) to say they don’t happen.  I’m still somewhat of a skeptic, but I won’t limit God.

About 8 years ago, near the beginning of the ‘trying times’, we were considering spending some time helping out a farmer north of Salina KS.  I felt the Lord wanted us there, and was on the verge of making a short-term commitment to stay on at the farm, and wondering how we were gonna do it, how I’d take care of the family.  I was staying at the farmer’s house (spending 4 days there, long weekends back in KC), and went to my knees to lay it all out to the Spirit.

As I began to pray in the little bedroom with the lights out, I looked up, and 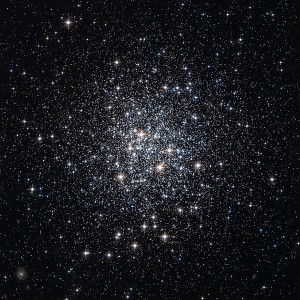 somehow through the tiny little 1 foot square window in the room I saw the entire expanse of the the night sky.  It was like I was laying on my back on the top of a mountain, nothing between me and the sky.  As I looked, the stars began to move and formed the rough image of a Man with His arms open wide.  The message wasn’t audible, but just as clear as if it was:  “I can take care of your family.”  Of course I knew at the moment this movement in the heavens wasn’t actually happening, but I was none-the-less confident that Christ who had created it all could just as easily have physically relocated every star to make His point.

I know there are those who will read this and poo-poo it all, attribute it to lack of sleep or being asleep, or stress, or just an over-active imagination.  That’s OK, I’d be skeptical if it hadn’t happened to me.

This is the ‘loudest’ God’s spoken to me, but he continues to speak and guide.  Sometimes through scripture, sometimes through other reading or friends, and a few times lately even audibly.

I loaned my welder & generator out to someone in need to use for a short while.  After a few months I needed it back, nearly a year later he still wouldn’t return it.  As I was considering my options and had decided to contact the local sheriff and press charges, the Spirit clearly said, “let it go.”  Of the dozen voices constantly rattling around in my head, this voice was distinctly different.  It was the voice of calm authority, and I knew Who it was and so let it go.

Rom 12:20a “If your enemy is hungry, feed him; if he is thirsty, give him something to drink.”

Deciding to follow Rom 12:20, I sent him a message (he wouldn’t answer my calls) telling him to keep the welder if he needed it.  His reaction to that (and some lies he had heard about my supposed plans to just break in and take the welder) included threats of violence to me and my boys.  As I began to write my response to the threats, that odd voice spoke up again, “be nice.”  That was the last thing in the world I wanted to be, but expecting a soft answer to turn away wrath (Prov 15:1), I deleted my initial response and tried “nice”.  That didn’t work, so the voice spoke up again, “drop it.”

I just love that passage in I Kings.  Such awesome power the Lord has, but He chose to speak in a gentle whisper, or “still, small voice.”  I think I’ll continue to listen to His gentle whisper, because I don’t want Him to have to break out the fire, earthquakes, or rock-shattering wind to get my attention.